You made it to your first wedding anniversary! Holy cow, time flies, right?! The first year of marriage can definitely have its ups and downs, so we mean it when we say – congratulations! Celebrations are in order. But, what’s the perfect way to celebrate something as monumental as your very first wedding anniversary? We’ve rounded up our 5 favorite celebrations, and we know you’ll be just as excited as we are at the end of this list!

Take a trip down memory lane! Start the night off watching your wedding video together, and then spend the rest of the evening going through your wedding photos. If you have an album, pull it out from wherever it’s hiding (although hopefully, it’s on the coffee table in full display!). But if you don’t have an album, set up a way to view the photos as a slideshow beforehand. Also, don’t forget the wine! Bonus points if it’s the same wine you drank on your wedding night.

This is a tradition we love! Pull the top layer of your wedding cake out of the freezer and eat up – this is the moment you’ve been waiting for! You could even recreate the “cutting of the cake” just for fun with your hubby. Bonus, it’s just the two of you and all bets are off for smashing the cake in each other’s faces! Also, again, don’t forget the wine!

Set up a photo shoot to commemorate your first anniversary! We are loving this idea! Especially if you also recreate the cake cutting, but during the photo shoot! So stinkin’ cute. Bring some bubbly and pop it open while your photographer captures it all. Trust us, you’ll love these fun photos! Bonus: wear something you wore on your wedding day. It could be shoes, jewelry, anything!

Another trip down memory lane, but literally! Where ever you got married, go there for your anniversary date night! It doesn’t matter if your wedding venue was a barn, restaurant, or hotel; give them a call and see what kind of ways you can celebrate your first anniversary. There’s something really special about going back to where it all started!

So how will you be celebrating your first anniversary? And yes, it is a must that you do something special! Celebrate your commitment to one another and making it to your first anniversary. Talk about what year 2 will be like, and what you can do to make it even better than year 1. And most of all, have fun with each other! 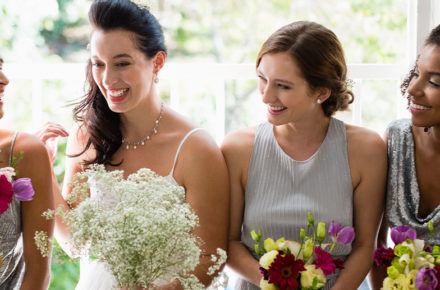 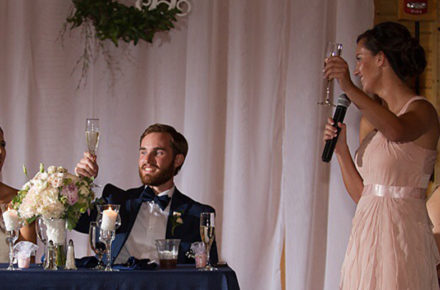 Help, I Have to Give a Speech!

5 Things To Look For In A Wedding Planner

One thought on “5 Ways to Celebrate Your First Wedding Anniversary”